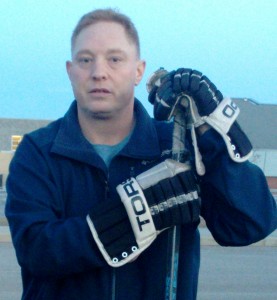 us
Coach Scott has been coaching minor hockey and running hockey camps in Calgary for over 20 years. In that time he has worked hockey camps for Hockey Canada, Hockey Alberta, and Hockey Calgary. He is a Hockey Alberta Facilitator, teaching the certification courses to other coaches, and has head coaching experience at the Peewee AA and Bantam AA levels.

“After witnessing countless hockey schools and camps that over-charged, under-delivered, and had way to many participants, I decided to start running my own camps in 2012. Small area games are the best way to allow players to have fun, learn and develop, boost competitiveness, and condition all at the same time.” Coach Scott